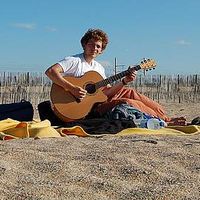 I am a pianist who also happens to produce videos for other artists.
I often go to the parc where I can play the bouzouki and sing.
I enjoy movies and chess.

I have been hosting people in Strasbourg. I also have been hosted a couple of times.
I met people who became close friends thanks to couchsurfing.

I played a piano concerto with orchestra.

LEARN
this is up to you I gess

Getting to know each other around a glass of wine, a guitar, a chess board...