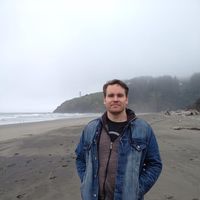 The pen and the sword all in accord

For a time I was working as an EMT but I'm currently a full time student enrolled in the Respiratory Therapy program at PCC. Very good times

"At times I almost dream
I too have spent a life the sages' way,
And tread once more familiar paths. Perchance
I perished in an arrogant self-reliance
Ages ago; and in that act a prayer
For one more chance went up so earnest, so
Instinct with better light let in by death,
That life was blotted out -- not so completely
But scattered wrecks enough of it remain,
Dim memories, as now, when once more seems
The goal in sight again."
-Robert Browning

"Everyday you must build the foundation of your life. You must convince yourself that today was better than yesterday and that tomorrow will be better than today. In this, there is no limit to your mastery"
-Bushido

I've been living here in T-Town for 7 years and and I know it like of the back of me hand. I love to host and welcome wayward travelers into my home and do my best to show them the uniqueness of Tucson.

MOVIES) I'm an avid movie watcher, Some of my favorites include, Delicatessen, El ToPo, Kontrol(With the "k" and the "c"),Taxi Driver, Down by Law, The Usual Suspects, Blue Velvet, Brazil, Videodrome, Dr. Strangelove, Blade Runner, No Country For Old Men, The Professional, In Bruges and The Thing

MUSIC) Sonic Youth, Mathew Good(band), Souixie and The Banshees, Depeche mode, Sigur Ros, Doves,Pj Harvey, Aesop Rock, Explosions in the Sky,Godspeed you! Black Emperor, At The Drive-in,Deerhunter, Kings Of Convenience, Talking Heads,Sneaker Pimps, Jesus and Mary Chain, domakesaythink, The Cars, The Beatles, The Catherine wheel, Warpaint, Placebo, Elliott Smith, Interpol Ect.
I listen to a lot of music but the staples of my musical diet are The Smiths, Joy Division, The Pixies, The Cure, Nick Cave and the Bad seeds,Radiohead.

BOOKS)I love comic books. The Sandman, Walking Dead, Ex Machina, Transmetropolitan, Y The Last Man, 100 Bullets, and Preacher being my favorites. I like to read about World History. Eggers,David Foster Wallace, Murakami,Bowden,and Bukowski are some of my favorite authors

*I've been stung by stingrays not once, but twice in Mexico.
*I'm a Mexican citizen
*I was robbed...by a cop..in Guatemala
*I've been scuba diving in Bocas Del Toro and San Juan Del Sur.
* While traveling I've run into Sebastian Bach(Spain) Common(Prague) and Mos Def (Costa Rica)
* I've helped at least a dozen Europeans have a better understanding of the rules of American Football and Baseball.

how to tie knots. do a 8 hit combo in Street Fighter. Do CPR. Various first aid skill and the like.