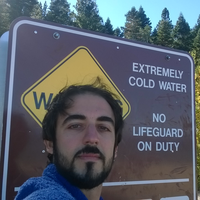 Improve the behaviour and properties of tumbleweeds...

My opinion is you already have too much information about me ;)
Ok, I'd say normally I'm a phlegmatic, sociable and practical person, but my mood is extremely variable! Sometimes rapidly... so you could find me from a very good mixer, talkative and funny, up (down?) to silent, solitary and contemplative. Don't worry, I tend to keep being at least friendly in any case :P

Well, if this is the 'all about me'... why are there other fields down there?!?!

Is there any user interested in it?
If yes, we'll talk about it...

Filling up the fields of the profile at moment...hopefully hosting&amp;surfing in the future. Hopefully more on the surfing side ;)

It would have been much easier if they were NON-Interests! So, things I am mostly interested in:
Science (both theoretical and experimental aspects... yes, I like doing those silly experiments you heard about... no, I do not normally travel with everything needed to exploit them!)
Reading (more or less every kind of books, but novels and historical essays are probably my favourites). Sometimes also in languages I don't know, but with some Indo-European root...I think I have something with deciphering ;)
Swimming, Biking, Basketball/Water pool playing...combine them in the same day (possibly not in those liquid cages... how do you call them? Right, swimming pools! :D) and you'll make a happy man of me!
Ah, of course, Travelling!!!

Never thought I would be asked this to fill a CS profiling but let me think, some of these might count?

- I marathon-swam tracks (5+ km) across islands in the Mediterranean ... Swam in 3 of the 7 "seas" (and working on the other 4 :P) and quite a number of lakes and rivers too, including the freezing Lake Tahoe in late Autumn
- Hiked the Waterfalls near Seattle in half the recommended time, to be back just in time for my flight in the afternoon
- Got drunk in the night in Washington DC to catch a flight the day after in NYC
- Tour-de-force visited a few cities during 24 hours lay overs, sight-seeing no-stop
- Biked 100km across hill roads and expressways on a MTB to participate to an environment-protection march
- Drove 2000 km solo Italy-Netherlands, in one go