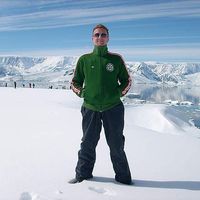 Trying to figure out the new CS!

I always was a traveler, I always will be. Lately, I adjust the number of months working in order to "meet" the number of months travelling. I also love to read &amp; always feel I should do this more often. I then pack my bags with lots of book and leave them untouched because Im busy meeting interesting people while travelling.....so much for being consequent....

And alltough my marathon "career" is over now, I like running a lot, these are my yoga sessions. Its also a new approach of a city, from a totally different angle.

Im also a huge football fan &amp; (in winter) icehockey will do as well.

They are there but they change all the time....

I surf &amp; I host. But I have to "admit" that surf more than I host. I really love to offer my couch in Barcelona but because of my job, Im out of BCN half of the month which "cuts away" many hosting possibilities. Make sure you contact my directly because I might not be aible to update my "status" all the time.

I always was a traveler, I always will be. Didnt I say that somewhere before, already? But I always missed the chance to get in touch with the locals a bit (If we skip the drinking sessions at local pubs). So, since I joined CS in April 2009, this "gap" has been filled. Now Im sitting in the living room of my new CS friends (or they sit at mine) and we talk about our lifes, ideas &amp; experiences - and thats just great!

Ok, I admit it here: Im a lifelong fan of the cheesy popband ERASURE! And in case you wonder: Yes, they still exist!

About books: Have read many but I still take advice from the people I meet which book I could (or should) read next. The same applies for movies, of course.

In NOV 2010, I stayed at Ivans place (a russian CSer) in a small town in Greenland. Just after arriving, he introduced me to the crew of a russian cargo ship in the port. One week later, I was sailing with them along the greenlandic coast, slaloming around icebergs with the Northern Lights on the sky. That was truly amazing!