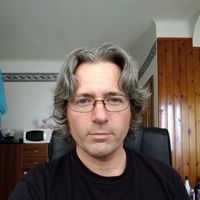 I'm a long time Luxembourg resident of Scottish/Irish decent. Having been into music and computers all my life, I decided one would make a great living while the other a great hobby. The only problem is I haven't decided which one is which yet.

As far as we know, we only get one shot at this mortal coil. Might as well make the best of it.

I host and try to organize the odd meet up.

I'm interested in music, computers, pop culture but most of all people.

I'm into rock, punk, alternative, industrial and various kinds of metal mostly but I have an open mind. I read, like, an absolute ton of stuff but I love SciFi, Horror and Fantasy. That also goes for Movies ^_^