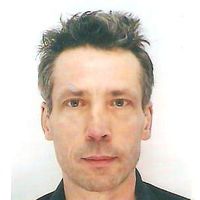 I'm non-materialistic, though I like new things occasionally (such as this computer).

I'm not too new-agey, or reactive; I like this world!

I like the word 'Humanistic'. I'm a secular Buddhist too, which doesn't mean anything to do with beliefs -- but if you stay I'll be sitting quietly each morning after some yoga stretches -- only for twenty minutes though! Actually, I can do it later in the day, or some days I miss it. Buddhists don't preach(!), which is part of its attraction for alternative-minded westerners.

I've had around a hundred people staying with me since April '07, and have met some people for drinks and Indian meals! I've joined several groups, too.

I CouchSurfed in het Nederlands at the end of February '08, and it was a positively memorable experience. Since then there have been Liverpool, Portugal and London CS trips. Plus Spain and Portugal again; and again. Then there was the Praha-Dresden-Berlin trip, and Eire (Ireland) too.

More recently we stayed with Azzaree near Kuching, and met with Cindy Chee over there and others. It's been great!

I used to stay here &amp; there while hitching around Europe years ago, informally and spontaneously. Once I was hitching in S.Germany and then stayed in a Swiss commune for three days, milking goats; that was nice. Then in Austria I stayed up through the night and was half asleep when this guy stopped. I got in his car and I asked him if HE'D been waiting long, before falling asleep.

I CouchSurfed around Europe a fair bit, including Holland at the end of February '08, and it was a positively memorable experience. Portuguese hosts were great too, as were ones in Madrid and Britain; there's something about CSing that switches people's uplifted sides on!

Getting married to my darling, twice, and moving to Malaysia all within one month! And then getting used to my new Chinese family and Malaysia!

Going overland to India, alone at twenty years old, and riding on the roof of a bus through the Himalaya to Katmandu.

Seeing Ted Hughes read Pike and Hawk Roosting at Bath Lit Fest, and gatecrashing an interview with him afterwards (he didn't give interviews).

Reading my poetry aloud in public with Michael Donaghy.

I heard a leopard barking outside my window just now... or perhaps they were Thought Foxes.

If I'm not too busy-headed I can learn from most other people. I'd like to learn/improve my languages: Deutsch, Italiano, Espanol, Francais, Portuguese, Gaeilge (Irish) etc.

I like to share literature, languages, yoga, silence, massage, presence, lots of things. I used to teach English.

All of the above plus some international food.