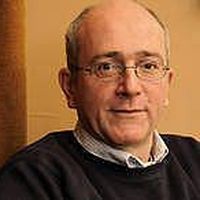 ** Please read everything before writing anything. - including the "My Home" information**

Born in the Scottish Borders, raised and went to school in North Ayrshire and studied, stayed and work in Edinburgh. Have worked in a steel mill and on farms was well as in Agricultural R&amp;D and environmental education. I enjoy travelling, meeting people, reading, listening to and telling tales and being at home by the fireside with friends and family. I hope to return hospitality I received "Before CouchSurfing".

He either fears his fate too much or his deserts are small, who dares not put it to the touch (ie test) , to win or lose it all. (from a love poem by Charles Graham, 1st Marquis of Montrose and quoted by Bertie Wooster). Graham was a great guerrilla general in the 1660s.

I have been so impressed by the CouchSurfers who have stayed with me - and some who didn't - that I've been recommedning that my friends join the project to add to the quality of their lives.

Travelled round 38 of the lower 48 states plus Alaska &amp; 7 Canadian Provinces plus the Yukon on a budget of $5 a day. The short nights in the Yukon summer were amazing (when the mosquitos and no-see-ems subsided). Sleeping out feels quite different when you suspect that to a bear a sweaty human being in a sleeping bag may be like a Forfar Bridie ( a Scottish meat-filled pastry) ....but with hollofill instead of pastry. A Mounty in Dawson City told me that $90 was a rip-off price to pay for a 303 rifle. A deputy sheriff ran me out of the state of Minnesota ( he took me to the Wisconsin state line ...on a Bailey bridge) because he'd heard the truckers on channel 19 talking about the transvestite hitching on the Interstate - - ie me in my kilt!....years later on retelling this story it occurred to me that perhaps he was just giving me a very official ride in the very direction I was headed in the only manner he was permitted by law to do so I now see that eposode as anothe example of the great kindness and hospitality I 4experienced in the course of that 10,000 mile road trip.) And a Mendicino County Sheriff gave me a 200 mile lift down Highway 101 because he just wanted a long conversation.

Western Europe and Poland, Croatia, Montenegro , Russia and the Czech Republic, Morrocco and Burma - - all this before CS existed.

Watch the sun set twice in the same day - once on the airfield and then again twenty minutes later in freefall after exiting a Cessna 207 at 4,000m a.g.l..

Landing in a snow covered field and seeing only one set of footprints start in the middle and lead to the gate.

Anchor a folkboat in one inlet,(we believed it to be Puldorran on the Isle of Seil in the Sound of Lorne), after dark and waken up to find ourselves the next to the west....and thus further from the Tigh na Truish - (House of the Trousers) which is the pub over the hill. (We had not been such good navigators as we had believed.)

Would like to learn Spanish, fly in a balloon and to fly a heavier-than-air flying machine.

I'm a dab hand at at power-sanding anti-fouling of Folkboats, Colin Archers and Loch Fynne Skiffs.