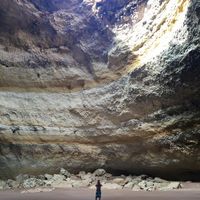 Hello!
I wrote this all years ago and I don't even entirely agree with 'most' of it anymore, but I preserve it like a tattoo. Also, I see that my writing here may have failed in the total effect of the pivot to humor it meant to imply!

These days, I am mostly interested in psychological, religious, philosophic &amp; anthropological angles of 'ancestral reverence,' and I am ''a little'' more conservative than my ultra hippie past! Hope you find my journey interesting and can find something to connect with!

Best Regards,
SK
..
meet people i wouldn't otherwise meet... I guess I'm a friendly person... relaxed, clean, respectful, social, open minded, i read alot, grow plants.. surfing zen..poly.. activism.. words... i think sleep is important.. I have been to many places and grew up between borders. I'm able to adapt to many environments and deal. I believe in suspending judgements, and not rushing things. I like to eat slowly and drink a lot of water. I feel warm and cozy in the thick of chaos and party environments. I have no real expectations for anything. I like to make sure that the people around me feel comfortable. I enjoy exploring all the possibilities at hand. I feel that humanity has a lot of healing to do. Sometimes I go out and get lost on purpose and it takes me days to reorient myself. I'm confident but directionless. spiritual but soulless, majestic yet casual. And i have a bit of time to waste. ENTP.

because it makes sense!

Urban exploration, pottery, being a farmer, giving well-thought out gifts, gardening, taking it easy, food and drink, reading, being a good conversationalist, poetics, dismantling language, going meta, cooking, taking care of people when they are sick (nursing?) and risking my life.

all the popular shows like orange is the new black, game of thrones etc. so i can remain 'down to earth.'

Shit ton of music. Music I can rail to, smith(s), nico, pixies, aphex and such, then Brazilian, French or Rasta music I can groove to, 'or be of chill composition towards' ...then hip hop.
at the moment, a lot of pavement, yo la tengo, RÃ¶yksopp, .. in general, radiohead, velvet underground, talking heads, blackalicious, joy division, tim hecker..

non fiction, too many to name, foucault, arendt, semiotext

we are on a rock that is circling around a start somewhere in the periphery of the cosmos.. that is something amazing we all share.

... but also, i have lived in mountains, forests, deserts and sea.

I think that habituating thoughts about questions of existence and being, is a good thing.. get to know things and understand their limits.. everyone has something to teach.. read between the lines.. context sensitive.. avoid absolutes, but not necessarily absolutely.. dont try to control things that are out of your control, but make use of what is in your control and attempt to distinguish the difference... de-solidify capillaries of power..

I learned early on what it meant to be both a leader and an outsider. I have biked north in Quebec, living and traveling through utopic lakes and lush greenery. I found three bikes in holland and biked the shit out of that country too. I have worked on farms throughout the united states and europe. I have swam into rainbow caves in portugal. Climbed the Swiss mountains. Picked blueberries and mushrooms in pristine Swedish forests. Worked on a wooden ship in Denmark. Faught racists and white supremsists throughout Eastern Europe. Took over my university administration building, twice. Lived through some crazy shit in colombia. Squated many buildings throughout the world. Explored various altered states of mind. Maintained a garden and harvested various crops that fed many people for free. Had two black eyes at once. Participated in easing the difficult journey of refugees in the Balkans. Lived in a truck in Turkey. Hung out with Berbers in the Sinai desert. And Now I am teaching English in the fog of pollution and censorship also known as China, biking the shit out of this country too. I don't make much money but I know how to fucking live. I know how to Celeberated life; and I love doing it with others, with a masses of others in Amsterdam, Berlin, New York and Montreal, who at least pretend to be in this together. We are all in this together, even when we forget it, even when we live in areas of the world, where people continuously fuck eachother over.

in general, i think about 'the human condition' ...and what to cook for dinner. i think about that stuff a good amount, but, why pamper life's complexities when the leather runs smooth on the passenger's seat?

generally, i enjoy people who do not take what they have for granted.. give others the benefit of the doubt.. are thankful for simple things, like clean drinking water and some food on their plate...

i enjoy people who go out of their way to do something that they deem important.. that are passionate..

i enjoy people who consider the complexities of language and speaking to others.

i enjoy people who respect the contingency of human existence, who take ideas with a grain of salt... who have a well thought, rather than a shallow form of humility. (Kanye is the former, but i dislike his benefactor, jayz).

i enjoy people who radiate positivity and care, something which i cannot always do, especially when we live in a world which is not necessarily conducive to this.

i enjoy people who radiate negativity and dont give a fuck, for nobody can be positive all the time, and we need the negatively to be properly appreciative of the positive.

i enjoy people who refrain from unwarranted judgement. Including but not limited to their outward appearance, skin color, gender, etc.

i appreciate those who can be comfortable in settings of silence when with others. and settings of conversation when alone.

i enjoy those who make the most out of their time, although machine efficiency is not something i would aspire to.
i enjoy those who are lazy, because laziness is a virtue in our culture (see Bertrand Russell).

also, i like people who dont give a fuck, in general, and about anything i have written above. we all disagree, i think we should disagree..
is this it?