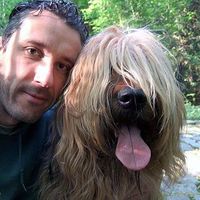 Have fun while it lasts

l like to travel and see new things, meet new people and get a different angle on things. I like to take a lot of pictures while doing that. Visit my blog - sometimes i even post stuff: https://hastenteufel.name/blog
My old web site http://surfdog.de to see some of the old travel pictures and get a 1st impression (but never judge a book...)
And the latest project https://fatcow.de

Life is what you make it!

Music was my 1st Love

Now what is amazing??