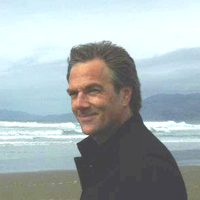 I've lived all over the United States, but have been in San Francisco since 1993, and the Mission since 1999.

I have a (boring) 9-to-5 job in downtown SF. I used to be singer/songwriter in a local band (playing 60's flavored original rock and roll) and play guitar. I've also covered Major League Soccer as a reporter/columnist for the league's website, and others.

While I enjoy revisiting the places I've been to (outside the US), every time I travel for fun I always make sure to add a new city or country to the itinerary.

I've enjoyed meeting people on my travels, and appreciate when locals can give me some inside info on where to go and what to do and see, as well as what to avoid in their city. I would be happy to offer the same kind of info to San Francisco visitors. Depending on scheduling, I also host couchsurfers, and look forward to surfing some couches myself in the future.

I've hosted surfers, and met couch surfers for drinks and local info on my travels, but haven't surfed any couches yet.

As a musician, it was great meeting Dave Davies (lead guitar of The Kinks). He was on a solo tour, and my band was his opening act when they played San Francisco. In the picture still stuck on my fridge, we're smiling, arm in arm.

As a soccer/football fan, while Liverpool is my favorite team, I also like Barcelona, and my first visit to Camp Nou (in 2005) was special. This new kid, Lionel Messi, came on late in the game and scored his first ever goal for Barca that day.