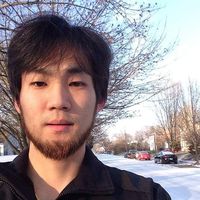 Such a nice project! I met my current roommate via couchsurfing.

My new hobby is drawing but I also like dancing and cooking. I like to talk about philosophical and psychological stuff. And I have a main concern about the environment.

I spent an evening blindfolded and even went to the movies to understand better how blind people perceive things.

I talked with a homeless guy for some days and found out that he spoke japanese better than me.