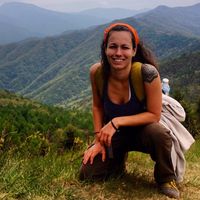 I'm an independent journalist traveling/living/working around Australia with my girlfriend, Emma (27, from Scotland), until October 2017.

Emma and I met three years ago in South Korea, where were both were teaching English at the time. After Korea, we volunteered and backpacked around Latin America for a year.

Now we are in Australia on Working Holiday Visas soaking up all the Land Down Under has to offer.

Books - I'm a big fan of existentialism and contemporary political/societal critique. I also enjoy the classics for their still universal narratives. Emma was a English Literature major in Uni. Two of her favorite authors are Virginia Wolf and Jeanette Winterson.

Movies - I'd say we prefer indie, outside the box, boundary pushing or experimental type films that make bigger statements overall, but we aren't immune to the guilty pleasure of a cliche mainstream blockbuster flick from time to time.

Music - Just about anything that's not the Top 40 and sounds good will do.

Survived the bus rides in Peru (anyone who's travelled on a bus in Peru will know exactly what I'm talking about).

Lived for three weeks on the coast of the Darien Gap, known as the Darien Caribe. This is the only place where one can safely cross the Panamanian/Colombian border on foot.

Trekked a glacier in the Chilean Patagonia.

Hiked to the bottom of the world's second deepest canyon.

TEACH/LEARN - We just finished volunteering for a year around Latin America and are looking to keep up with our Spanish, so if Spanish is something you wanna learn, relearn, converse in, etc. we would definitely be up for practicing with you.

SHARE - a good meal. We loved cooking with our hosts. Food is the fabric of so many meaningful human interactions.

Sharing perspective, experience and knowledge between people. That's what it's all about!