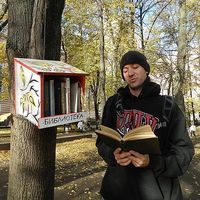 Just returned from a nice summer trip through the northwest USA and Canada, going to see my family in Chicago via the "scenic route". Was my first time outside the US since I returned in 2017, and was awesome!

I've surfed and hosted over a hundred times, and made countless great friendships along the way!! Due to my busy schedule during the school year, the COVID 19 disaster, and graduating from my most recent master's program, I've been inactive on couchsurfing for a few years, but recently in May 2022 jumped back into it!! Currently hosting in Vegas.

CURRENT MISSION:
Find the good in everything I see and experience :)

2001-2003:
Lived in Thailand (as an exchange student in University, and did a little teaching), and traveled around a lot of SE Asia, Taiwan, and South China
2005-2007:
Backpacked through Mexico, Central America, and South America, almost all by land... a two-year mega-backpacking adventure!
2007-2008:
Taught English in South Korea, then traveled around Australia, New Zealand, and back through SE Asia
2011-2013:
Whew! Spent a lot of time traveling Europe, with brief stints living in Istanbul (3 months), Stupava, Slovakia (1 1/2 months), and Gijon, Spain (2 months) mixed in between.
Then I took the boat over to Morocco and spent 3 1/2 months traveling and hitch-hiking in Western Africa, all the way down to the Gambia.
2013-2016:
Lived in Moscow, Russia, teaching English. Also took several wonderful trips around Russia and Central Asia, and the Baltic countries.
Finally it was time to leave Moscow, after 2 years... the scenic way! I traveled through Russia, Mongolia, and China, all overland, then flew to the Philippines and spent a few months there.
2016-2017:
I arrived in Thailand in January. I lived in Pattaya for a few months, then moved to Lamlukka and got a job teaching at a kindergarten. I also wrote my first novel! I took many trips around Thailand and Laos, enjoing life of the vagabond when I could. Finally, it was time to move on, and in March 2017 I returned to the USA for the first time in 4 1/2 years....
March 2017 to Present:
My life is totally different now. Got married, have 2 dogs, and have been a public school teacher in Las Vegas for 5 years now. Earned 2 Master's Degrees from UNLV. Unfortunately haven't been able to travel much like I used to.

to be, or not to be....
try your hardest at everything you do!

I have now surfed in many countries throughout Europe, Asia, and Africa. I have only hosted a few times, as i've mostly been traveling since starting CS. I also have attended and continue to attend some CS events and functions. I have attended CS meetings in Poland (CS weekly meeting in Lodz), Slovakia, France (a wine-tasting CS party), Spain (CS weekly meeting, and salsa dancing, and hiking), Morocco (meeting CS'ers for tea, language exchange in Casablanca, etc), Senegal (boating to an island), Las Vegas, Moscow (Language Exchange, Anti-Boring Friday, more), and others!... I love to meet fellow surfers and hosts, I find we have a lot in common and can usually carry on great conversations.

Traveling: I've now explored parts of 6 continents. I've taken many long trips, all by land (my preferred way to travel as you see more), and did much of my traveling by hitch-hiking and couch-surfing.
Photography: I LOOOVE taking photos, though i've never had a decent camera.
Languages: I try to learn at least some of the language of every country I visit, even if not there for long. And I also love learning written alphabets, even if I can't speak the spoken language!
Teaching: Great profession where you can feel good about your work...
Hiking, camping, the outdoors: I just love it, feel so alive when doing it.
Sports: I LOVE basketball and just about all other sports. I've been to Aussie rules and rugby in Australia, baseball and basketball in Korea, lots of football (soccer) in Europe and Latin America, hockey in Eastern Europe, wrestling in Senegal, even the handball championships in Spain.
Food: I love to cook and eat just about anything, and my patented tacos and Mexican food is world-famous!
Collections: I have so many odd collections, including beer labels, ticket stubs, and other random things that most people would find useless, from around the world... you should see my scrap books!! I even have a match book collection of all the Vegas casinos.

I love science fiction movies and shows and am a huge Star Wars dork.
I enjoy all types of books, but especially nonfiction (true stories) which are told in a creative way (Wild by Cheryl Strayed, anything from Jon Krakauer, etc).
Don't listen to music much anymore but I don't consider myself in a specific category. Pretty much anything except the new-age hip hop or country, lol.

I snuck into a speech given by Hugo Chavez in person, in Venezuela, and got to listen to him talk crap about the USA!

I can share a lot of travel knowledge and good travel stories, information, and especially kindness :)
I am an English teacher, so obviously I can help teach or practice with the English language.

I can share a lot of travel knowledge and good travel stories, information, and especially kindness :)
I am an English teacher, so obviously I can help teach or practice with the English language.