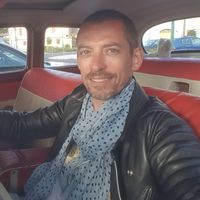 Avoiding missions. Life is not a contest.

What can I say about myself? An easy going guy that does not occcupy too much space (I mean that I fit in a couch)

I'm interested in sharing with people from different backgrounds and countries, obviously.

Probably not the most erudite guide you could find to visit the royal city of Versailles, but I've got a inconspicuous smartphone with shortcuts to Wikipedia ;)

I'm married and have a 5 YO daughter.

"Happiness only real when shared"

So many things including reading, sports, music, TV shows (series)... I guess that everyone wrote the same, right? Good reason not to dig any further into details in this section ;)

Music =&gt; Too many to mention a single one. You really want one? Ok, let's say: The amazing voice of Antony and the Johnson's.

Books =&gt; I used to say "Siddhartha" by Hermann Hesse, back in the day.

Yes I did, thanks for asking!