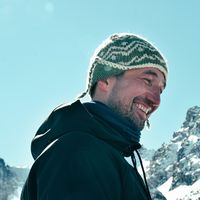 Have recently moved to Almaty.

***!!!No request from people supporting war Russia is making in Ukraine. Or those supporting putin's government***

Have grown up in my hometown (Uralsk). Studied there. Work and live in Almaty now. In Almaty I can share a studio apartment that I live in. I'm an easy going person, open to people of all walks of life. Our world is full of diversity and I'm more than happy to find new friend regardless of race, religion, and all other things that seem to differentiate us but should they?

I'm a kind of person, that like meeting new people, introducing them to my world to the reasonable limits of course )) and getting to know them better.
The whole idea lying behind the concept of Couchsurfing strongly influenced me several years ago. Before I realized CS exists I was actually thinking myself on how easy it is to make this idea come true, wandering at the same time why no one had worked it out yet. I intuitively perceived that this pattern of social interaction should exist already as it's something natural for most people to share and accept.

The lord of the rings, Silmarillion, Amber chronicles by Roger Zelazny, techno music