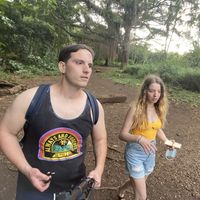 Very creative and driven. Interested in many different things.

I have a slow cooker, a rice cooker, an oven, air conditioning (not central but wall unit), flat screen TV, streaming services, WiFi, stereo, DVD player, lots of books, 4 very cute cats all rescues. It’s a studio apartment and I try to get the most out of little space.