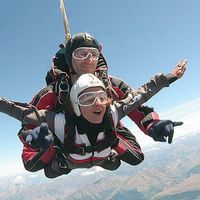 Couchsurfing:
Australia
New Zealand
Amsterdam
Hosting (liked it as much as surfing!). It is a great way to get to know the world while staying at home.

Interested in almost everything, especially personal stories.
I have many and various interests: music, scuba diving, running, yoga, ...
I like tastings :-) (rum, whisky, beer, cocktails, all kinds of food).
I started studying biology last year, I am especially interested in marine biology and ecology.

I am addicted to reading. My favourite writer is Isabelle Allende, but I also like Lulu Wang, Herman Brusselmans,Liza Marklund, Juliet Marillier, Marquez, Zafon, Mario Vargas Llosa, Annelies Verbeke, Hanif Kureishi, ...
I like all kinds of music from jazz to rock music. I play the double bass and have played flute and violin since I was 7 years.

Road trip with 4 friends in the West of the USA was great.
I spent three months in Australie and New Zealand, my best trip ever!
In 2015 I ran a marathon :-)

I like to discover new music and new writers, new beers, new recipes, just started taking yoga classes so anyone who can learn me more about that is very welcome!
From March till August 2017 I am travelling South America so it would be great if you could teach me some Spanish. I have followed Spanish classes nd I understand most of it, but my speaking is a bit rusty :-)