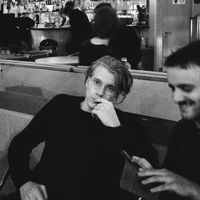 well. you will see, hope you are into cool stuff like taming birds, waiting for trains, becoming lost in forests or whatever feels a bit like life and death:)

anyways
I think a hedgehog moved in the garden yesterday, she is quite chill but coughs from time to time, a typical lung sickness I'm afraid..

ps.
keep in mind, this is not a dating app.

to avoid getting to know new people

also i spend several hours a day drinking and serving tea, so theres that..

yesterday i enjoyed a cup of tea

There is so much to see, you better begin to stop procrastinate

The world will soon change, and not for the good i am afraid.

lots of music to share, the food i have with me, excellent tea, some jokes and i can teach you a very fast card game