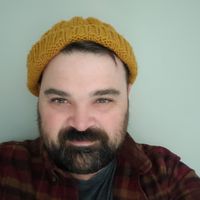 I have lived on or near the Trans Canada HWY for much of my life and have often helped out others hitching across Canada with both ride and accomadation. I think hospitality is its own reward. It feels good to do good for others.

Movies - Terrence Malik films absoloutly inspire me.
Scorcese is a fave as well.
I have a long list of foreign films that I love and plenty of old black and white American ones too.
My favorite movie of 2011 was The Descendants.

The Big Sur coastline in California is probably the most stunning place I have been to. It inspired books from both Steinbeck and Kerouc...nuff said!