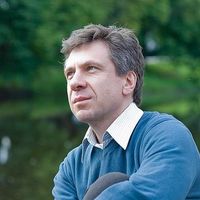 NOTE : ONLY FULLY COVID-19 VACCINATED PEOPLE ACCEPTED AT THIS TIME !
Please get vaccinated ! the faster and the more people are vaccinated, the less deaths and the less risk from variants emerging. The vaccine is not a magical bullet, but it improves the situation markedly and is the only humane way to get back to normal. The only other way, would be to allow the virus to rip through the entire world population and kill tens of millions of people, and also cause huge suffering in many survivors because of neurological, cardiac etc long-term sequels. This is the logical consequence of the arguments of anyone who is against vaccination. It is short-sighted, unscientific, crazy, stupid and inhuman. So get the vaccine if you have not already !
PS Since there are many vaccines that work differently, its actually better to get cross vaccines, ie to get a different vaccine than the first you might have had before. Just remember this if you worry that you cannot get a second shot of the same vaccine. Studies have proven this for many combinations already, and it makes general immunological sense.

"Reenchant" the world, help to save lives and change the world while having fun and making a decent living ;-)

My childhood dream was to go into space (actually, its still a dream i have today ;-) and I also wanted to invent teleportation ("Beam me up, Scotty!"). But after studying physics, I realised that making world peace would be easier than teleportation, so I changed my focus :-)
I studied a bit of everything in addition to physics, Sumerian the oldest known language, physical anthropology, evolutionary biology, neuropsychology, history etc. And finally invented out of frustration at preparations for war against Irak in 2002, a new theory and method how to solve political problems using democratic principles. I called it democracy engineering, and from that flowed the logical "invention" of a new profession, that of independent democracy engineer, and the creation of a School of democracy which will train such engineers. Amazingly enough, I have taught democracy engineering since 2010 at 4 faculties in 2 countries (Sciences Po Strasbourg, Institute des Hautes Etudes Européennes, Centre Europ

to understand better the world, the universe, which includes us of course, and make it a better place.
To really see things as they are, not projecting my wishes onto them, because even if that might be depressing initially, I believe it is the only way to then be able to change them for the better! In other words, I hate ideologies since they prevent us from seeing things as they are.

I've surfed a few times but mostly hosted. To me couchsurfing is an example of the opportunities offered by the new technologies and that help to create a new global paradigm, one of tolerance and respect for others despite our differences, therefore couchsurfing is one of the rare real-life projects which helps at a very granular level to bring world peace closer.

Visited 48 countries (21.3%) Create your own visited map of The World

2 in Sweden, one in a leafy suburb of Stockholm, one in a graduate student dorm at Uppsala University.
1 in Freiburg Germany
1 in Cambridge, MA, USA
Hosted about 40 times in Strasbourg

Anything human, but especially problems. I LOVE solving problems!

I LOVE "Bandes dessinées" (as nearly any Frenchman does), and less well shared, I love science-fiction because it jogs the mind and gets us out of our complacency and prejudices. Also science based books: the classics by Desmond Morris, Marvin Harris and the book called "The Tangled Wing: Biological Constraints on the Human Spirit" by Melvin Konner.

A thing, not that amazing but very unusual: managed to "sneak" in on 6th october 2012 in Brussels in the private room where Wen Jiabao, Prime Minister of China, and Barroso, President of the European Commission, had their private 20 minute meeting ;-) and even took several pics with my phone as a souvenir!
Another: bathed in a natural round rock pool at the top of Victoria Falls! and of course witnessed the incredible power of those waterfalls.

How to change the world, a crash course.
Democracy engineering, how to solve various problems such as democracy in Iraq, Israeli-Palestinian conflict, EU constitution, global governance.