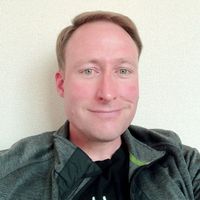 I originally left Austin in 2006 looking for adventures. Since that time, I've lived in Japan, Thailand, New Zealand, South Korea, and other US cities including San Francisco, LA, and Seattle.

No matter what city you're in, look me up. Always in the mood for a good traveling companion for a trip to a hot springs, a good restaurant, or sightseeing. It's not what you do, it's who you're with.

"Sometimes, things that may or may not be true are the things a man needs to believe in the most - that people are basically good; that honor, courage, and virtue mean everything; that power and money, money and power, mean nothing; that good always triumphs over evil; and - I want you to remember this - that love, true love, never dies. You remember that, boy. You remember that. Doesn't matter if they're true or not. You see, a man should believe in those things, because those are the things worth believing in. Got that?"

"I would rather sit on a pumpkin and have it all to myself, than be crowded on a velvet cushion."

"The problem, often not discovered until late in life, is that when you look for things in life like love, meaning, motivation, it implies they are sitting behind a tree or under a rock. The most successful people in life recognize, that in life they create their own love, they manufacture their own meaning, they generate their own motivation. For me, I am driven by two main philosophies, know more today about the world than I knew yesterday. And lessen the suffering of others. You'd be surprised how far that gets you."

I love introducing travelers to the area I'm living in; the fact that I can teach them things that have become so commonplace to me, yet remain enchanting for them, helps me experience that joy all over again.

- Began with one night on a dirty dorm room floor in Shanghai
- Continued in Thailand with island hopping in Phuket with fellow CSers; one of my best days
- Hosted in New Zealand as I was staying on a Buddhist monastery
- Surfed across the US as I worked promotions
- Hosted in Austin between jaunts
- Hosted the manager of CSing on the east coast of South Korea
- Spent my first Christmas holiday away from home with some CSers in Juk-byeon, Korea. And I have to say, it was an amazing, wholesome experience.

Books: Vagabonding, Born to Run, Timeline, The Time Traveler's Wife, Once a Runner, The Roads to Sata, The Midnight Library

I found a metal stage sword on the streets of San Francisco, raised it like He-Man, and had someone offer to buy it off me within a few seconds.

I can show you the way to get into teaching English in Asia. I can teach you the etiquette of bathing in Japanese hot springs. I'm just full of random facts about running barefoot. I love to learn other languages and would welcome the company.

A cooked meal, a sense of home, and good conversation.