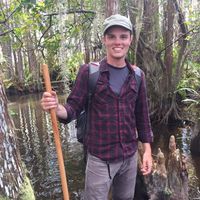 Recently I’ve been making drastic decisions when it comes to traveling. In 2016 I met an amazing girl who is as crazy as I am and we quit our jobs to road trip across the US for over a year. In 2018 I took a 4 month leave of absence from my new job to back pack Europe solo, from June to September. Not sure what’s next, but I would like to hit all the continents in a round-the-world trip at some point. It’s just a matter of when :)

Started Couchsurfing during our road trip because we met someone in a brewery who recommended it. Thought it was weird at first, but after a few times started to love it and now have many great stories and friends as a result. It’s not a real trip without a little couchsurfing!

A Great American Road Trip. We sampled over 100 craft breweries in the US, Canada, and Mexico. Camped and hiked over 30 National Parks. Worked at hostels in St. Maarten and Denver. Took an impromptu trip to Cuba. Mardi Gras in New Orleans. SXSW in Austin and farmed a vineyard in Texas wine country. Worked at a big music festival in California and saw one of Tom Petty’s last performances. Volunteered at the High Times Cannabis Cup and met so many cool people Couchsurfing along the way!

Countless stories and tips for places I’ve been