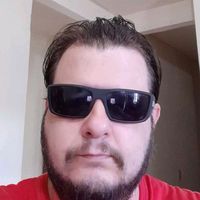 I enjoy travelling and meeting people from other parts of the world.

I went to the Rock In Rio Festival, in Rio de Janeiro, many years ago ( I was about 16 ). When the concert finished I went looking for the tour bus, but the bus wasn't in the place where it should be, so I was lost in the city and had to find the hotel on my own. Well, I found the hotel and went to sleep. In the morning I woke up and suddenly a guy from the excursion showed up in my room and started yelling at me. We argued a lot and then he went away. But the concert was really amazing.

If they want to learn a bit of portuguese I can teach them. I can also take them to get to know the town.