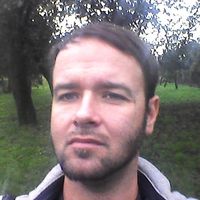 Hello Everyone!
I am Ulu! I am on a mission, on a continuous pub craw since 2015. I go to different cities to explore the current day's urban life, the cultural heritage and the urban lengeds together with the PUB CULTURE AND PUB SCENE.
l run a blog about it in Hungary. I've been to more than 1900+ different pubs and bars since 2015 in 160+ different cities or towns of 15 countries and I keep going on. Despite the quantity I am collecting quality pub and city experience. I don't rush. I take my time! I am interested in the depths, mostly in the local life, local habits, urban legends, real, authentic character of a settlement and its pubs and its residents.

I am looking for a contact with anybody who is interested in this matter and would like to show me the local pub life of his home, anywhere. In return I can show also the best, authentic, hidden or most interesting pubs, when you come to Budapest or help you out in a city of the 103 (and growing number) where I've already been to.

I am grateful to everybody who supports this idea, my journey, my infinite, continuous pub crawl and my stay with a place for overnight when I am in your area.

I am obsessed of travelling, seeing the world from different angles.

When I looking for the authentic pubs of locals, my secret methods are: look for the bicycles leaning on the walls outside, and go where the elderly people are. You got both, you can't go wrong and you get the real stuff. And in a pub you can learn more about the place where you're at, than from any travel book or trip advisor like app.

In addition, I want to learn as many languages possible (one at once for real, but I learn at least a new words from every nation I meet.) Now Italian is the main language I learn. So I am especially happy when ITALIAN, POLISH, SLOVAKIAN PEOPLE WHO COME TO BUDAPEST OR LIVE HERE, CONTACT ME!

in job there is no weekend, in amusement there are no weekdays

nobody has the future behind

I am also a real estate agent in Budapest, Hungary. For several years I took my part of renting out aparments mainly for foreign people. I got the experience that it is very interesting to learn about the world and mankind from different nations.

I am also learning the language from everybody I meet. Word by word, but every time, I have the chance, I ask for a new word.

I have already surfed in Lugano, Switzerland, in Eindhoven, Neatherlands and in Italy, Napoli and also in Hungary in Debrecen two times. But I surfed many times in my journeys by friends or friends of friends in several cities.
It's very interesting to experience such everyday habits that you never would think of like Stefano in Lugano dip his croissant into a bowl of coffee as breakfast. :D
Once I've been to Napoli, and went to a rock concert with couchsurfers and had a great time. Few days later I surfed at one of them. On the very next day, when I was back in Hungary, I got my first surfer from Brasilia. We made friends with polish people and I showed them the nightlife of Budapest. We had a hell of the time.
But many times friends of friends who I visited before return to me in Budapest along with friends or the partners and we go to a pub crawl together. I had three times visitors from England, I brought Italian people for pub crawl 3 times and also people from different Hungarian cities and Budapest. It also happens than next time we travel together to a third place. We are building a small community step by step.

real people + local gastronomy + thinking outside the boxes + creativity + spontaneity + craziness (in the good meaning) + enjoying life + beauty of nature and urbanism together + beers of nations + backstreet local pubs, statues, parks, squares, street art + partying + making from small talks the greatest talks ever + finding out how people are living and how they feel about their environment + the biggest and most interesting small differences between the countries, history of places + the real locals hideouts in night life and gastronomy

MUSIC is my weakest link, i admit, my taste is very shallow:

Dancing in a fountain in Frankfurt at night like the Friends opening scene.

Drinking found champaign at the Colosseum on new years eve in Rome, than asking for a sip of vodka from strangers with the only 10 italian words i knew so far, than stealing poinsettia flower to our hosts from underneath the christmas tree in Piazza Venezia.

Being part of Bienale exhibition in Venezia and seeing this beautiful city from the artists insider perspective too.

Experiencing the great hospitality of Croatian people in three citys within four days and learning like 200 words on their language in this period.

Going to a secred hideout restaurant in the adventurous old town of Bari. It was ran by an middle age housewive and her family. She served us a 6 course home made menu of regional specialities and self-made limoncello and let us a sneak peek in their sweet everyday life.

I learn a new word on everybody's language I meet.

I can share the stories and experience of my continuous pub crawl in different cities. We can also go together to explore the pubs and bars of your town and I can invite you to have some drinks together.