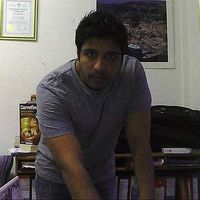 Im pretty chill , used to snowboard and skateboard a lot , now getting into a career phase , still love skateboarding , music , poker, chess , billiards and am flexible and open to pretty much any activity to broaden my mind

I grew up in Europe , but have been in India for a year and I miss Europe so would like to meet up with foreigners , and am also planning to travel the world in the next few years so Id like to hear stories of what its been like from my CSers , just meet people and learn about everything

All Guy Ritchie movies , trainspotting, fight club , too many to mention

I hiked to the top of mount Everest and helped a woman give birth to a baby on its peak , then I snowboarded down the mountain with both of them on my back , they were up there because she was trying to get a signal for her phone to call Chuck Norris , he was unavailable so I filled in.

I can teach french and a BUnch of random useless skills lol , want to learn everything , Im not sharing though :)

Not much here , except internet access , my stories , knowledge about the city , TV , and food , loads of cool stuff to do in Nice though , mostly people here like to relax , coz the weather is so good