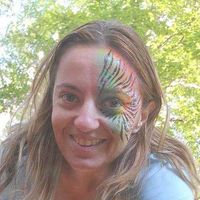 In a world dominated by telecommunications, I believe it's essential for everybody to get in real contact with people all over the world.

Enthousiastic about anything new and challenging.
Also "a joker, a (non)smoker, a midnight toker (well, not actually, just the song's words!),I sure don't want to hurt no one"! http://www.youtube.com/watch?v=DUpgUK9pcEY&amp;feature=related
PEACE TO ALL!

Life is a combination of several things that, when binded together with the essence of love and harmony, they can lead a person to balance and happiness. As for me, I always try to find those elements around me, either in things or living souls and try to exchange positive energy with them.

Through the CS, I want to become piece of a love,friendship and cooperation chain among people throughout the globe.

I have hosted, been hosted, organized some events and participated in a lot more!

Sciences: Architecture,Mathematics,Astronomy
Arts: Painting, Sculpture.
Sports: jogging, swimming, yet I have sometimes tried some extreme expeditions such as rafting in a wild river in France (grade of difficulty:5), exploration of dangerous caves and rappel from 30m. height. I also love trekking. Yoga, lately, but that's not exactly a sport, more like a philosophy and a way of living!
Travelling, of course!

I can't say I am fanatic with any special kind of music, yet there are certain pieces from almost every music style that I like, esp. rock.As for the movies, I also have a big spectrum and the books I enjoy the most have to do with science, mystery and philosophy (mainly oriental). I'm also enchanted by "living reading".

These are some amazing things I think I've done in my life:Having caught a beautiful small wild bird in bare hands while it was resting. That was at dawn on some high cliff by the seaside in Sfakia, Crete, my homeland. For the few secs that I was carefully holding it into my palm before releasing it, I could feel a magical transfer of vibes from its free and wild soul into mine. It's the same spirit springing out of the local Cretans' heart: free in mind, wild at heart, never surrendering to the enemy. http://www.youtube.com/watch?v=slWRbC8txK0 Spending a couple of nights inside a cave at some remote and -difficult to reach- beach.Watching a September's twilight in Denmark.Spending a week of my summer holidays in 5-star Hilton of Barcelona and a while later taking a -sleeping on the beach- excursion in Kythnos island w/ CSers!Having joined a rafting adventure in France for expert rafters where the river was extremely wild (boat capsized twice cause of the strong waves).Participating in a "sleep out" event for arousing social awareness about the homeless, by sleeping during a whole cold night of March out with them. Also volunteering through several social support networks for offering help to people in need. Swimming at the sea during the winter months, even in cases when the outside temp is about +5C. Also, having swam a continous 3km at a swimming pool a few years back!Having obtained a patent about an electronic device that I've invented, and that has to do with mapping down areas without the use of GPS systems. It can be useful in places where there is no GPS signal, such as caves, tunnels e.t.c. http://www.couchsurfing.org/image_gallery.html?id=39B5IH5&amp;folder=460361&amp;skip=6#11884665
Having joined the international Rainbow family in August 2013, and becoming a PEACEFUL Rainbow Warrior (red Indian Hopi Prophecy) during the European Meeting in Grammos, Greece.

Having entered the CS community, of course!Well, that's enough for a generally low profile person like me, I suppose.

Something that I can definitely share with a positively thinking person is my willingness to approach them in my most open hearted way and exchange with them experiences of life, ideas, social sensitivities and dreams. Concerning practical issues, I can teach someone some basic greek history, food recipes and culture and help them enjoy their trip here up to the most in any way I can. As for what I can learn from others, those are as many as the inhabitants of this planet!

Warmness, cooperativeness , good will to help in case of some trouble, and willingness to create a nice ambience when we spend some time together.