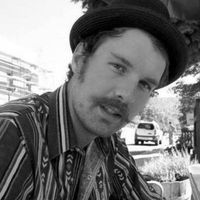 I'm spending half the time in Gothenburg and half in Stockholm. I'm a bit less likely to be able to host, but if your request is good I might even decide my schedule based on it! If your request feels like a copy paste it's more likely the reply is copy paste.

I have been on Couchsurfing for a very long time and when I was the most active I hosted 100 people in one year. I've also had some of my best travel experiences ever and made some friends for life through couchsurfing. I currently live in a pretty small apartment, but there is a sofa bed that fits 1-2 people comfortably and I'm willing to host people in Gothenburg for shorter periods of time. I'm working in the daytime and this flat is not really appropriate to share in daytime because it is small, really small but I'm sure we can work those things out.
It's walking distance from the central station making it ideal for travellers.

CURRENT MISSION
Build a digital marketing agency
Build a Youtube channel that i can live off of.
DJ and Dance Lindy hop and Balboa around the world

I have a camper van so when I have free time and not dancing I love going with the camper van on different trips mostly in Sweden.

Sometimes I do projects that get a bit of attention. Volcanohelp.eu was written about in some 200 newspapers around the world.

Another project I worked with was an electric scooter tour. 2200 km through Sweden to inform about what's going on with our climate... I did the web stuff for the tour. Really nice way of getting to see this beautiful country, and meeting a lot of interesting people!

I've spent a lot of time climbing but my major interest since november 2012 is Swing Dancing - Lindy hop and Balboa.

I DJ at many international Swing events - one of the best ways to get to see the world. :)

After a long break from Couchsurfing I'm thinking about hosting again!

Top books: 4 hour work week by Tim Ferris, How to talk to anyone by Leil Lowndes, Master your memory by Tony Buzan, Freakonomics &amp; Superfreakonomics by Steven Levitt and Stephen J. Dubner

Got a couchsurfing tribute tattoo!

I can teach you some dancing as swing dancing has been my passion for the last 10 years.