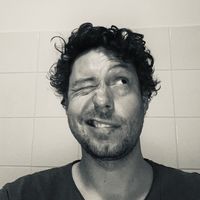 After finding myself, loosing myself to envolve myself again to loose myself - loose yourself

Enjoy your life as long as you can. Do crazy things, live your dream. Catch and store all beautiful moments with your mind. But do it all with brain!

The chances we take and the choices we make determine our destiny.

Traveling, and feeling the spirit from long ago centuries, inhalating the history of places,
all kinds of good music
Talk with people and share minds about the goal of life, the universal thing why we are...
An important Part in my life is Sport i love Snowboarding, Soccer, Volleyball, Biking, Walking, Running, Jogging....

See as much as possible from the world and it´s culture!

My Name is Wolfgang

... and thats just the beginning.

I can teach u how to really enjoy a beautiful sunset
&lt;
&lt;ng