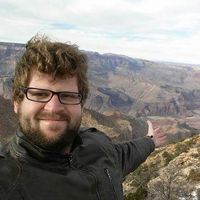 Meeting all nationalities in the world.

I love the CouchSurfing concept. I was sold after my first experience in 2010. It totally fits with my character. I feel open-minded, adventurous and it is just cool to meet new amazing people every time again.

I consider myself as a very active CouchSurfer. Not only I meet many people via events, and meet the people from Surf and Hosting. I also am an active Organizer of events. I'll bet your CS Friends from Den Bosch or Barcelona will know me :). For this I see myself as a worthy Ambassador.

However I don't want to shock. I like to meet all people. I like to help new people who are not known of the concept, as well share experiences with CS Veterans and meet up to spread ideas with co-organizers and co-ambassadors. While it is true I am an Ambassador and have 200+ references; I am as much human, flesh and blood, as all other living mammals on this planets. So Don't hesitate to message me!

So let me describe my caracter. I believe I am Easy Going, Friendly, Enthuastic, Open Minded, Hospatility, Open, Talkactive, Interested and Socialble. I also have bad habits: I have hard time waking up (snoozer), I save money (mingy), strict, analytic (also about you :P), planner and postponing cleaning plates for a week. My surfers often help me out with waking up and cleaning plates, which I really appreciate :D.

Noticeable about me is my (friendly) directness, dry/sarcastic humor, good listener, knowledgable, my glasses and the fact that I am 1.93 meter (6'4").

Everyone (at least on this site) likes traveling and while doing this they enjoy it the most. So what's better then coming home from a long hardworking day and then to relax with people who are in their best mood and telling about all their adventures in your country!

I like to get to know people better. I like to know people I am visiting and I want to know the ones who surfing my house. I really will try to learn you better! I like to see, explore, do a lot and try to attend Couchsurfing Events and preferable do this together with my host/surfers.

As being single, I have been travelling alone on myself. I get very easy in touch with other people, with groups and start conversations or go out together.

I like my job, I am IT-specialist by developing (Web)applications. In my spare time I like to watch Movies/Series, Play (video)games, Go to Friends, Hang out on the beach, Eat out, Join Nightlife, Play Tennis, Internet, and of course Couchsurfing and Travelling.

Make use of the freedom of choice! Do what you like to do. Live your dream!

As Organizer:
I like to attend CS events every now and then. It is a nice way to meet local people, meet up with travelers in these cities and share experiences. Because I liked it so much, I started organizing events myself. My first event was a big event in Den Bosch with over 50 people joining (a lot for a small city). In Barcelona I organized for more than a year the 'Monday Gracia Meeting' in Barcelona. Right now I am back in Den Bosch and will continue to organize some Meetings with the flag 'Open &amp; Social Den Bosch'

As Host:
I also actively Host people. I had over 30 groups of Couchsurfers in Den Bosch and even more in Barcelona. Feel free to send me a Couch Request!

As surfer:
I am looking for enthuastic people who likes to chat and it would be nice to give some tips or guideness throughout their city. I hope we can share some conversations or go out together!

As ambassador
I help the 's-Hertogenbosch community by organizing CS Meetings. I organized 3 big events in my city Den Bosch which attracted always over 50 couchsurfers! It gave me a great satisfaction to bring so many people together and provide them a great time! it is one of the most amazing things I have done in my life. As an active member, I became CS Ambassador in July 2011.
Between November 2011 and April 2013 I moved from the Netherlands to Barcelona (Spain). Also here I actively participated in the community by both attending and organizing events (Every Monday: Monday Gracia Meeting).
Besides the organizing, I help people by answering questions or in sharing my experiences.

Special note, concerning my number of friends/references:
I have a lot (over 200 references). It says that I am active, but it is very true that a lot of the references are people that I just had a chat with. If you really want to see the more quality connections, please filter on hosts/surfers or on friendship type.

I love network-sites, like Facebook or Couchsurfing, as a network. I add people who are very close friends, my family, as people who I just spoke for 15 minutes. I believe in sharing info to everyone, so everyone can use or learn about it. Maybe I just happened to be on the other side of the world coincidentally with you; why wouldn't we meet up then!

Here below is the summary of my Couchsurf activity.

* = reference as surfer
+ = other reference

* = reference as host
+ = other reference

Quiting my Dutch Job, Hitchhiking from Netherlands to Spain and start there a new life. Especially Hitchhiking was an experience, including walking 3km along the highway till the French police caught me; standing 3 hours in the rain and surfing a bed in the Truckers Truck.

When I went to the CS Event in Maastricht (August 2010), I met Joanna, a young couchsurfing girl from Groningen. I was planning to travel alone through Europe. She was thinking how she was going to spend her free time. The second day on the event in Maastricht she came to me and says: I want to join you on your trip to Europe :). That is just so beautiful with CouchSurfing: it's nice, social, honest, spontaneous people and it is so amazing how things turned out :D.

Culture &amp; History of Holland, Computers, Software, share my couchsurfing experience... You can ask me a lot about random stuff and I maybe able to answer you :).I am actively learning Spanish. I would like to practice it more (I attend intercambio sessions). I hope to improve my Spanish level so I can use it when I will go and travel in Latin America. I am able to teach you English and Dutch. See more at Interest.