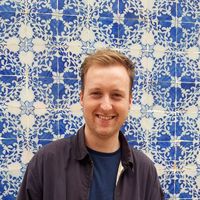 I enjoy travelling a lot, and will be moving to Manchester at the end of August 2022. My favourite countries i've visited so far have been Albania and Brazil mostly due to the friendliness of the people but there are nice people everywhere of course.

I'm a calm, down-to-earth person. I'm not an energetic party animal but I do enjoy a drink and conversation. I respect all people I meet and am always interested to meet more. I recently got into editing Wikipedia so if there are wiki people about please drop me a message.

I like to travel around and experience different ways of life but I need to recharge afterwards and spend a few weeks doing nothing.

There's good in everyone

I first used CS as a traveller in 2009. In 2017 i started using it a lot again when I was in Brazil and Saudi Arabia, then there was a lull, and now I'm gonna be a new person in a new city so I'm looking forward to meeting new people in Manchester, UK.

I think travelling is more than just seeing the major landmarks, it's more about spontaneous meetings with locals, all the better when you get to form friendships

I like nature, comedy, traditional musics, interesting instruments, dive bars, alcohol, walking, hidden places in cities. I'd like to learn how to the play the cuíca - the Brazilian percussion drum that sounds like a monkey

I hitchhiked from Struga, Macedonia to Tirana, Albania on my 27th birthday. A trucker gave me a lift across the border and then a guy in a van picked me up and gave me some local fruit to eat while we drove through places i'd never been before on a beautiful hot day.

I spent 24 days going around the whole of Albania anti-clockwise in Sep 2018 and managed to write a fairly detailed diary of everything that happened in a little book I bought in Bulgaria some time after. I'm very proud of it. I've since written diaries of trips to Estonia, Poland, Northern Ireland, Spain and writing a new Albanian one from a trip I did in June 2022.

I can speak English with you if you'd like to improve :)