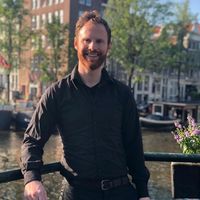 to match your expectation with mine, I would kindly like to ask and advise you to fully read my profile

ABOUT ME
Dear reader, My name is Willem and I'm a 37 year old Dutch guy who loves travelling (obviously), meeting new people, and I'm a huge movie-fan as well. In my free time I enjoy playing soccer, hanging out with friends, and going to the cinema for movies. My friends would tell me (and I as well like to think) I'm a fun, easy-going, optimistic, extroverted and warm person. I cherish my friendships and my family and I try to make the best of (and the most fun out of) any situation. My traits show best in social settings, and it doesn't matter if it's just chatting, having a casual beer with friends or late-night-dancing I'll soon be adopted as the life of the party and ever amusing myself...

I am very much interested in different cultures, and strongly believe we can really learn from one another. I've hosted more than a 300 groups in the area of Amsterdam, and I value all of these experiences since it made me see how different people from all around the world are. Yet, I think there are common things that unite us; just think of things like respect, understanding and love. I realize I'm lucky since I've seen so many places of the world (see my pictures as well), but of course I'd like to add even more destinations to that list. Particularly South-America is on my wish list. A boy can dream... right?

HOW I PARTICIPATE IN COUCHSURFING
I love the concept of CouchSurfing! I am interested in both hosting travelers and CouchSurfing myself. I've hosted about 300 groups of people in the area of Amsterdam. So far I went CouchSurfing in Berlin, Chicago and Oslo, many times to Latin American (about 6 times in the last 5 years).

Anyone can find the most common touristic places, however I strongly believe that seeing a city or country through the eyes of a local, adds so much to the overall experience.

COUCHSURFING EXPERIENCE
In hosting a lot. I've hosted more than a 300 groups as you can see by my references. I've gone CouchSurfing almost endlessly for the last 5 years. I must say I really love hosting. It's so much fun to meet people from all around the world, learning from each other and showing them the city that I know so well and love so much!

In general I introduced my surfers to lots of hidden gems in Amsterdam that are not really easy to find. For example I took people to free art exhibitions, showed them the free ferry boats on Amsterdam's rivers, and introduced them to cheap (but good) restaurants in the city center of Amsterdam. My wish is to have the same experiences when I'm being hosted. I love to taste the traditional, local food of a country. I love spicy food, so I love Indian, Thai, and Mexican food. I'm also a huge meat lover (sorry vegans) and had one of my best restaurant experiences eating in a famous Brazilian restaurant (Fogo de Chão), downtown Chicago.

I count myself lucky that I've traveled to so many great places around the world. I've seen about 18 of the 50 states of the USA, including the West coast (California), the East coast (Florida, New York City, and Washington DC), the Midwest (Chicago) and some of its country's most beautiful National Parks in Utah.

Besides that I've seen Egypt, Jamaica, Aruba, India, Thailand, Laos, Indonesia and Malaysia, and also I have been on road trips within Europe, where I visited Belgium, France, Italy, Norway, Spain, London, and Poland.

I’m in love with the Latin American continent. And especially Mexico, Brazil, and Colombia. The people are so friendly, warm, passionate and expressive. Character traits that - I like to believe - I possess as well.

Then years ago I took my first baby steps in the wonderful world of Salsa. I must admit that I'm not a natural dancer and not the best dancer (yet), but I genuinely enjoy dancing to the rhythm of good Latin music. I also have some experience in Cha Cha, Samba and Mambo, since my parents are strong believers in the notion that dancing was an essential part of my education as a child. 🕺 💃

My favorite movies - among many others - are La La Land, The Notebook, The Shawshank Redemption, Schindler's List, Forrest Gump, A Beautiful Mind, Interstellar, and basically all Marvel Cinematic Universe movies (but mostly the Avenger's series). So yes, I can be a bit of a geeky guy.

I went to the official Thai Full Moon Party on Koh Pha Ngan in October 2010, where I was dancing on the beach till sunrise. On the same backpacking trip I visited The Gili Islands, in Indonesia, East of Bali, which was a true paradise. I went skydiving near Chicago which was an extreme thrill. And also my brother (who is a pilot), took me on a small airplane circling the Chicago Skyline.

🕺Carnaval de Bahia, Salvador, Brazil.
🎉 Carnaval de Barranquilla, Colombia
🚙 A road-trip to Pueblas Magicas West of CDMX.
✈️ A (post-Covid-19) four month Latin America trip from December ‘21 to until 1st of April, visiting Florida as well. Of which I stayed (“lived”) in CDMX for about 1,5 month, taking Spanish lessons as well. Que chevere, a huevo! 😂

To conclude: basically too many amazing things to mention here - let’s talk about it in person…

I love learning more languages. I already learned some basic skills in Spanish and Portuguese through all the people that I've hosted. Since I'm realizing my dream to go to South America I would really love to get more fluent in these two languages. Also I'm already making a head start with my language learning app "DuoLingo", that teaches me some basic phrases in both languages.

I'm very much interested in history, culture, and architecture, so I would love to learn about these things through sightseeing and visiting local museums.

For my hosts I can bring a typical souvenir from Holland. I believe sharing is caring, which is exactly what CouchSurfing should be about. Since I work in a restaurant I became an expert in some of the culinary arts, and I would be very enthusiastic about cooking, preparing and sharing an Italian or Indian meal with my hosts. Of course I would also love to help prepare a more traditional, local meal with you.