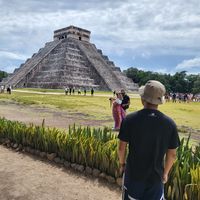 I recently discharged from military services and started traveling from August,2022
My Spanish name is Hector(named by Ariana y Diego)

To make friends all over the world

I'm studying economics in university. I am also interested in meeting friends from other cultures