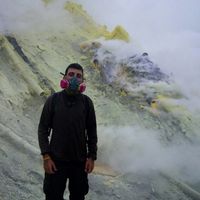 My name is Guillaume (pronounce Geeyom or Giom or "Hey, the French Guy" or just make up a nickname), I'm French and I am 35. My aim is to meet interesting people, to discover new culture, new countries and to guide people in Rouen, where I live.

A perfect perfect quote :
"When meeting people from a foreign culture, offer a few gifts that reflect your interests as a gesture of friendship. Better yet, give things you've created yourself. Also, explore their interests and their culture. Ultimately, the best way to forge a lasting friendship is to create something together. Whether it's a meal, an art project or a spontaneous dance party, when you create something with others, you build a connection that lasts a lifetime." from International Diplomacy Guidebook

One VERY important thing : I have received and still receive many requests from people who I consider haven't understood the principle of CouchSurfing : Too make it short : I AM NOT A FREE HOTEL !
For us, hosts, Couchsurfing is not about making guest save money. It is a way to meet and interact with people. It actually costs money to your host to host you, you know ? (water, electricity, sometimes food...).
So how can I make sure you won't be a freeloader ? I will verify if you understood the real concept of Couchsurfing with few easy questions :
- Is your profile well filled ?
- Does your profile give trust ?
- Is your couchrequest original ?
- Does your couchrequest reflect that you are interested in meeting me ?
- Have you ever hosted someone ?
If the answers are all "No", then the conclusion is obvious : a minimum of effort to find a free hotel. This is not Couchsurfing. And of course I will decline your request.
You would have a much better chance of success on Couchsurfing if you understand the meaning of it.
I recommend you to read this article : http://www.geekworldtour.com/en/5-keys-to-understanding-and-succeeding-at-couchsurfing/

If you want to discover the city in which Joan of Arc (Jeanne d'Arc) has been burnt, if you want to visit this "hundred church" city, Rouen, don't hesitate to contact me, I will lend you my couch.

A bit geeky, love technology, photography and of course I really enjoy travelling.

I played golf in the north of Norway at 1am under the midnight sun !
I met Sir Tim Berners-Lee, the inventor of the World-Wide-Web O_O
I have been invited by a member of the Blue Man Group to see their show :D
I drove a Ford Mustang The Boss 302 (444hp !) \o/
I attended the International Pillow Fight Day 2013 in NYC :)
I saw the sunset and the sunrise in Grand Canyon, and spent a very short night in between
I experienced astrophotography for the first time in Monument Valley :P
I didn't live the 10th of December 2013 !
I climbed Mount Fuji in Japan at night
I attended Bronycon, but I am not a Brony... Let's say I am Brony-friendly :)
I climbed Mount Doom and did NOT throw my Precious in it ! Sorry about that.
I spent the Christmas celebration in an indigenous tribe in Taiwan
I traveled through Japan from Fukuoka (Kyushu) to Wakkanai (Hokkaido) only with local trains... It took me 6 entire days :)
I saw the 1st sunrise of 2015 from the top of Xueshan in Taiwan after 2 days hiking
I lived 3 days in a yurt in Mongolia with a family
I came back to France from Hong Kong by land :D
I traveled to Iceland for 12 days, and spent absolutely ZERO for food ! B-)

What can I teach ? French Cuisine :) and French language of course