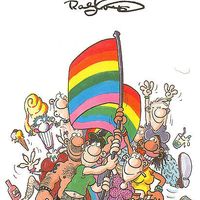 to stay happy and healthy! :-)

I am a friendly and open-minded Filipino, who likes traveling and meeting people from different places, regardless of race, religion or sexual orientation. I have only one pet-peeve though.... I'm sensitive to strong and offensive body odor. So please make sure that you take a shower and that you don't smell if you want to surf my couch :-)

Enjoy life to the fullest!

I have hosted quite a number of Couch Surfers and my experience has been very positive (see comments from former guests). I have also hosted several guests from Hospitality Club.

I'm into all sorts of music except country :-)

I went downhill mountain-biking from a 2,500 meter high mountain in Switzerland. It was a great experience, but I would never do it again! :-)

Oh... And I did the Auckland Harbour Bridge Bungy Jumping. It was awesome!

I asked an elderly couple for directions on how to go to the nearest subway in Madrid. They were walking he opposite direction towards where I was heading to. Instead of just telling me where I should go, they insisted to walk with me and take me to the subway. They told me that they have traveled around the world and met a lot of strangers who have helped them in one way or the other, during their travels. And so, their accompanying me to the subway is one way of giving back and helping other travelers, they told me. That got stuck in my head forever. God bless them!

As a way of saying "thank you for letting me surf your couch", I usually invite my host to dinner or drinks.