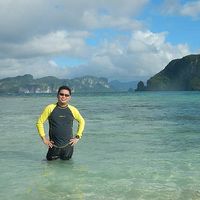 To have no mission hahaha. Can I say to rule the world? bwahahaha!

Trying everyday to be a better person.

The great tides and currents which engulf the rest of men do not turn aside in their course, and pass us by.
So, do not steal the fire, enter the fire!