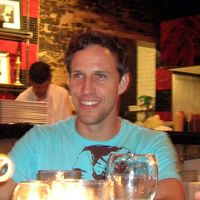 I made a contact with a friend through another website and stayed with him for a week. We enjoyed ourselves much, and he was lovely enough to include me in a family celebration at his parents' home near Tequila, Mexico. That was my first experience many years ago. From there, I've met all kinds of great people - several couch surfers are some of my favorite people in life!

I swam with phosphorescent organisms in a bay on Vieques off the main island of Puerto Rico and felt as if i had been transported to an alternate dimension.