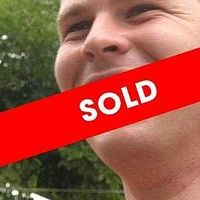 Comforting the afflicted and afflicting the comfortable.

Originally from Northern California (Sonoma County), I've lived in a number of places. I went to university in the UK and have worked odd jobs in Holland, Czech Republic and (briefly) Kosovo as an overpaid and underqualified English teacher.

Since 2003 I've been a professional journalist working in California, upstate New York and abroad as a freelancer in South Asia and the Caucasus. I work in newspapers, radio and magazines.

I spent much of 2010-11 in Alaska working in community radio (Bristol Bay, Kodiak Island and Dutch Harbor) but have since quit those full-time jobs to be a freelancer based in Istanbul.

But... talking about myself bores me. I'll gladly answer questions when prompted, though.

I think it was the sagely Gibby Haynes of the Butthole Surfers who said that.

For about a decade, I let strangers into my home, let them sleep on my couch and even feed them. I also slept on strangers' couches and accept their food. I also attend CS meetings once in awhile.

But I am pretty much DONE with CS. So if you want to get in touch, find me on BeWelcome the (imperfect) open-source CS alternative.

Pretty much everything aside from celebrity gossip.

I've thrown a peanut up into the air and caught it in my mouth on the third or fourth try.