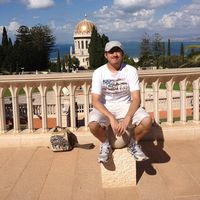 Grew up in Hangzhou, China, schooled in San Francisco, California, worked in Jerusalem, Israel, and now relocated to Vancouver, Canada! I love love traveling and learning new cultures. I enjoy roaming around in a strange city, footsteps on old roads, and discovering mystic sites such as ancient monastaries and archaeological ruins for my research work!