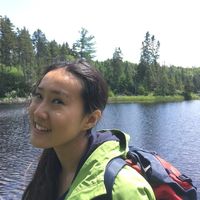 CURRENT MISSION: Focus on things that matter to me

Have faith that things will work out, not the way u planned but the way it's meant to be

Surviving childhood , eating larvas in the amazons, Sekotong, swimming from one island to another in lombok, Escape a man running after me with a machete, Jump out of a truck while hithiking, hiked a 2500km mountain in the Atlas
hoboing in NYC, worked 3 jobs and go to school

Happiness, spontaneity, and some of my weird vibes