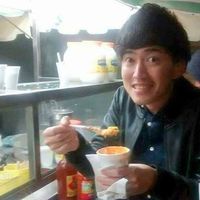 I am Japanese, working at University in Riga, Latvia. My friends always say I'm optimistic, friendly, and kind!! I'm keen on traveling and meeting new people. Maybe talking about my work/ travel experiences (Now 34 countries) abroad would be interesting for you!!

My Top 10 favorite places I've traveled
1: Salento in Colombia.
2: Real de Catorce in Mexico
3: Khiva in Uzbekistan
4: Mostar in Bosnia and Herzegovina
5: Dubrovnik in Croatia
6: Mont-Saint-Michel in France
7: Cappadocia in Turkey
8: Cairo in Egypt
9: Rovaniemi in Finland
10: Brest in Belarus

Making friends from all over the world!! Also, traveling, volleyball, tennis, football, dancing.

The man I hosted in Moldova did hitchhiking from Netherlands to China, without using train, plane, bus and car. It was awesoooome!!