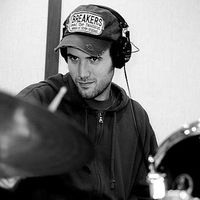 Many, all of them top-notch.

Really it's all I can do to keep up with reading the books that win awards, and there are so many other good books that don't. Life's too short to read, but too long not to.

MOVIES:
-most Studio Ghibli films
-most comedies considered "classic"
-Amelie
-Movies with dead stars (REAL classics)
-cheese-saturated parodies like Not Another Teen Movie
-really, I'm not picky... pretty much hate horror films but like just about everything else.

MUSIC:
Obviously, it being my job and all, this section is too big to include here. Tip of the iceberg is up on my Facebook site.

When I was young I used to trespass in my neighbors' yards looking for insects.

In junior high I rode a wheelie for a block and traveled to Dallas for a regional spelling bee! Yay spelling!

In high school I designed and built an outdoor terrarium and played saxophone and tin whistle in front of 2000 people every week.

In university I wrote a play that was approved for production at a different university. Also I drove 22 hours to take my girlfriend dancing... which we didn't end up doing due to problems getting tickets.

In Seoul I watched in shock as Namdaemun gate, Korea's National Treasure #1, burnt down. Such a loss. It was really emotional for me, and I'm not even Korean.

In Japan I saw two jellyfish with their tentacles tangled together, continually attempting to swim in opposite directions. It was hilarious.

In Singapore I was interviewed by a Japanese TV station about the Merlion! Then I took a ferry to Indonesia just to swim at the beach for a couple hours.

I have professional experience in just about everything musical (worked as an instructor for piano, guitar, drums, saxophone... produced/recorded several singer/songwriters in my home studio). I have lots of amateur experience in PCs (hardware/software), setting clocks, and mowing lawns. Any of the above I would be delighted to provide to my host.