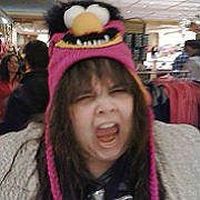 To learn more about the world around me and the people in it.

I have written or co-written four guidebooks on Orlando and Florida, and have also written about other destinations for online and print. My writing also extends into the entertainment realm, where I've written everything from celeb interviews to reviews of film and music releases.

I've lived in both the US and Canada (BC) in everything from a normal apartment to a log cabin on the side of a mountain in the Rockies to a one room shack with an outhouse on an island two ferry rides from Vancouver Island. Over my life, I've been a magician's assistant, a singer in a band, roadcrewed for hard rock bands, been a music buyer for a major retail cd chain and a field rep for a music distributor. I've also been a writer for over 30 years.

I try to be honest and open-minded with anyone I meet. I believe we were put on this Earth as unique individuals for a reason and we should embrace that. I'm far from perfect, but I always try to do my best and I try to learn from my mistakes so I don't repeat them. I'm a big believer in "do unto others as you would have them do unto you."

I also enjoy things that occasionally push me outside of my comfort zones, especially when I'm feeling stagnant.

What else would you like to know? :) (That's right, I don't fear the emoticon. LOL)

How can you live life on just one philosophy?

How do you know it's not possible if you don't at least try?

Try to step outside your comfort zone every once in a while. It's usually worth the risk.

I also am a strong believer in putting out good karma and treating all with respect and courtesy as much as possible.

I've hosted and surfed many times in the past, but never with this site. I signed up in 2005, but due to losing both parents to cancer, I was unable to fully immerse myself in the site until a cross-country trip in Sept 2007.

Highlights of my first experience with CS include being hosted by the lovely and warm-hearted Amanda in Phoenix and hanging out with several members from the CS Vegas group for dinner and beers.

Since then, I've met quite a few more CS'ers and haven't had a bad apple yet. In fact most of the people I've met via CS have been very warm and outgoing people that I feel like I've known forever.

Meeting fellow CS'ers is an amazing part of any trip. I look forward to participating more in this site and meeting more of its wonderful people. :)

Not always in that order.

Music: 70's funk/disco, 80's hard rock and new wave, 90's alt-rock and pop, country, celtic fusion, anything on Putamayo Records, anything with strong vocals or that I can dance to. I'm no snob...I'll listen to just about anything at least once.

After almost dying three times before I was 22, the fact that I'm still alive every morning is amazing to me. Wait...did I say morning...? LOL I even kicked cancer's ass in 2015.

Just randomly taking off for a weekend by throwing a dart on a map and having an amazing time living by the spur of the moment. I do this several times a year and it really breaks up any rut I may be in.

Watching the Frontier hotel demolition up close (see my photos); living on a tiny island just off Vancouver Island, BC; seeing a Key West sunset in person; being chased by a peacock while trying to get a beer; doing a Rhine River cruise; visiting Washington, D.C. on Earth Day; swimming with dolphins and stingrays; being a human bird perch during feeding time; driving from Vegas to LA at night during a desert thunderstorm; music shopping in London; doing a champagne tasting in France; visiting Anne Frank's hiding place in Amsterdam; long road trips with my friends.

The best part is I've been able to experience most of these with my best friend, Rhonda. :)

To learn: languages; cooking; mixology; cool places I haven't been - I'm always open to learning anything. I believe the more we know, the more we grow. :)