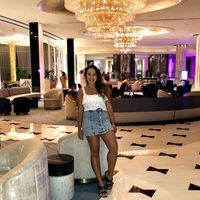 Hello CS!! My name is Alejandra, I’m 29 years old.
I am currently living in Utah
I'd love to make new friends to hang out and do fun things!
I speak native Spanish, fluent English, Portuguese and Guaraní, basic Chinese and German,
I was hosted a couple of times and I had a great time, made many friends and families. Since then, love meeting travelers.
My Instagram is @alealeaguero
Get in touch

Want to meet international people and return the favor since I was hosted a couple of times in other countries..

Lived with roommates for some months in California and New York