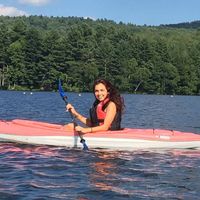 Hello everyone!
After some time chilling back home. I'm finally achieving a dream, Europe!. I still can't figure out where to start, but during the upcoming months I will be travelling North to South.

I've had the most amazing experiences meeting this community on the other side of the world, really looking forward to meet you guys.

I alway get inspired from other people's travels, so if you have some any advice, question, wanna hang out, just throw it!

I still have a vivid memory of my fist host in Canada, which was also my first time away from home. There I realized how enriching and rewarding this experience is... Traveling became a passion to know people with its own singularities, culture and experiences.