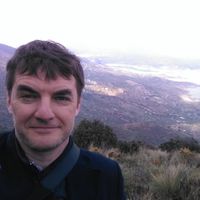 CURRENT MISSION
Used to be to write a book about my world trip. But that's a longer proces! ;-) So I think it's more enjoying life.

ABOUT ME
A blue eyed, darkblond haired, tall (1m90) man. Down to earth, happy, graceful, dry sense of humor, open minded, open atitude, accepting people for who they are, curious about another person.

I like people, music, movies, sports, some cooking and talking. When I go for sightseeing or a holidays, most of the time I want to know a little bit from the history of where I'm about to go.

If you smile at me, I will understand, because that is something everybody everywhere does in the same language.

To communicate is not only to talk, but also be able to listen to an other.

Keep true to yourself.

Don't put energy in things you can't change, because in the end it will only exhaust or dissapoint you. Focus on what you can change.

The reason for participate in the CS Project is to share some space and time for people, who wants to visit the Nothern part of the Netherlands. To be open to people, to meet people from different cultures, just to watch, to learn and to share.

I do host. It has surprised me how many Couch Surfers find their way to my profile/couch.I have organised events like monthly meet-ups, cooking clubs, meet-ups, city walks. I Used to be one of the ones of CS New Member Welcome Team who sends a personalised welcome message to new members. CS Ambassador?

And my name is Koos, not 'hey there'. So maybe it's a good idea to start the request with my name.

COUCHSURFING EXPERIENCE
During the years I've hosted CS Guests, organised events and have been a guest from time to time. Until now all hosting experiences have been great!
In 2018 and 2019 ïve hosted a few. The number of hosts in Groningen is big if you look at the size of the city.

In 2017, 2016 and 2015 I've hosted some times: individuals, couples en groups of four people. In 2014 I have hosted Weining for the second time, Alicia and her good Friend from the USA, the Hong Kong group of Leni/Suet/WeiMan/Winki and Danish mother Rikke with her CS daughter Sofie. In July I was hosted in Poznan by Maciek and by Anna.

2013 started with my first Roemenian guest, Ionut. Irina came. Next I helped out Joanna and her brother Kriszu. Then I did my own Dutch couch surfing since a long time in the Netherlands at Fraukje her place in Haarlem. This was followed in May by staying at Gosia her place in Warsaw and Parick in Gdansk. Hosted Rudolf and his girlfriend. Quickly afterwards Anahita stayed for two weeks.

During my 2011-2012 world trip I have had the pleasure to be a CS-guest in London, Penang Island, Kuala Lumpur, Singapore and Sydney. In New Zealand I have been hosted in Auckland, Rotorua and Wellington. In Buenos Aires I have had two great hosts, followed by hosts in Cordoba and La Rioja. Paraguay presented me with Lyna in San Ignacio and Jazmin with her daughter Costanza in Encarnacion. Bolivia gave me Dilana in Santa Cruz, and the sisters Teresa and Magui in La Paz. Stayed with Garcia in Trujillo, Peru and with Marcello in Cotacachi, Ecuador.

In 2011: Hosted the dutch band Ravolva for a few days. Then I hosted some first-time-from-that-country: first time African CS'er from Rwanda, first Belgium guest, my first guest from Estonia, my first guest from Sweden. Summertime was Stefanie en Markus from Germany, Fiona form New Zeeland.

Before 2011, I have had the pleasure to be a host for about 27 couchsurfers, coming from Norway, Italy, White-Russia, Latvia, Germany, Usa, Peru, Brasil, Taiwan, Usa again, twice from France, Netherlands. Every time it turned out to be a great experience.Surfed in Utrecht, Istanbul,Budapest, Radzymin (nearby Warsaw) and Zrebice (nearby Czestochowa, Poland), Sevilla.

History, because of history we can learn how to handle today. And history shows that some persons didn't learn from history.
Italian food, especially cooking the food.
Listening to various kinds of music, watching movies.
Swimming, running.
People, especially couchsurfing people.

Britrock from Stereophonics, Oasis, Supergrass, Kula Shaker, Paul Weller and Coldplay. The special pop/rock music made by Yo La Tengo. The 70's rock of ELO.

War on Drugs with their Dylanesque psychopop. The Bright Light Social Hour with their spacerock.

When I was 12 years old, a six week holiday in Poland. Warsaw, Krakow, Auschwitz &amp; Birkenau, Zamosc. A 4 weeks Polish languaguecourse in Warsaw. Lancut palace with its splendid museum in Poland. Malbork Castle, nearby Gdansk.

Hospitality: use it, don't abuse it.
To understand today we need to know the past.
To must is a force, the rest is a choice.
Show respect, don't ask for it.
Indifference is the enemy`s friend.

Couchsurfing: primary it's about interaction between people, secondary about staying at somebodies place. Not the other way around.

Helping foreigners in the city of Groningen with practicing speaking Dutch

My experiences, good mood, information about the city.