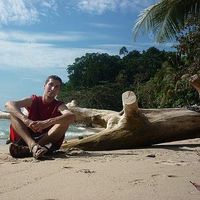 PLEASE NOTE I DON'T RECEIVE YOUR REQUEST ON MY MAIL BOX DUE TO SOFTWARE CS WEBSITE TROUBLES. I APOLOGIZE IF I DON'T ANSWER YOUR REQUEST.

I can't host currently, my landlord has a CS profile. Send her your requests.

Moving to South East France due to new job challenge and for new life !!!

All about me ??? Better to meet eachothers and speak about it... some clues in that profile...

Enjoying life as much as I can... any experience is interesting...

By meeting new people as much as I can...

Read the comments of the other couchsurfers... they wrote it for me ;-)

As a host :
- Caroline and Frida from Sweden (11/2010)for two nights in Orbec. We went to meet the writer Philippe Delerm. Nice time together !

- Quentin from Catalunia (12/2010) for one night in Orbec. He visits all the places linked with St Quentin. I cooked "choucroute" and introduced people to him who were "afraid" about the CS project to convince them.

- Gigi and Daphne from Italia and Canada (12/2010) for one night. The introduced me to vegan food. Awesome experience !

- Peter from Austria (04/2011) for one night in Orbec. A pilgrim wo went to Mont Saint Mihel before his wedding.

- Eglantine, Boris and Alex from Belgium (08/2012) for one night in Bernay. Hitchhickers in holydays, they discovered "poulet Vallée d'auge", local cheese and Calvados.

- Julie and Els from Flanders (10/2013) for one night. We celebrated Halloween together in Le Havre !

- Eva and Neele from Germany (06/2015) for one night on their way to St Jacques de Compostelle by bike. We had a nice vegetarian tajin.

- Charlène from Catalunia (08/2015) for 3 nights. She has many interesting stories to tell.

- Ivan from Serbia for one night (10/2015). Citizen of the world interested in many things.

Travels, music, painting, cinema, economy, the world today, cooking and so on...

Learning everything from anybody to teach somebody else...

Funny times with wine and so many things else !