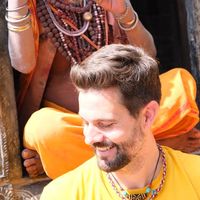 Climbing the unclimbed, getting to know the unknown! Next stop - unknown!

Im absolutely fascinated by the Couchsurfing idea.
Im living in Bonn, Germany, where I can host you - and I mostly surf couches on my speaker tours through Germany.
Im planning to visit Iran soon, inshallah!
Just returned from beautiful IRAN already - mashallah! Just returned from BOLIVIA - soy Andinista! ;-)
Next stop Baltistan/Northern Areas, PAKISTAN zindabad! Returned from adventurous Baltistan and enjoyed the warm hospitability of the Balti people.
Next stop: unknown yet....no, the next destination is known, it is the unknown and unclimbed in Pakistan, inshallah! Back from PAKISTAN again, got to know the unknown, climbed the nameless and unclimbed virgin peak, mashallah!
Next stop: AFGHANISTAN´s Secret Peaks - the unclimbed in the unknown...
Just returned from the heights of the Afghan Pamir, the secret and secluded virgin peaks of Wakhan, mashallah!
Next stop: PAKISTAN again, the far north of the Karakorum, bordering to China.
Just returned from "the Land of the Pure". Dont believe generalizing media - Pakistan offers some magnificent, peaceful places with the most hospitable people you can imagine! The warmth of local hospitality is breathtaking, shukria!
Next stop: Zhong Guo - the Middle Kingdom, CHINA following part of the Southern Silk Route and then entering unknown terrain ... ni hao China, wo ai ni!
Back from Shaksgam, an incredible Paradies for unclimbed peaks secluded from the Rest of the World.
Back from BALTISTAN/PAKISTAN, the Land of the Pure, again 2016. Great people, great mountains, great time!
Back from wild wild West NEPAL/MUGU 2017 - far away from the madding crowd we found everything we dream of, from the lower lush green subtropical valleys with wild monkeys, snakes and banana trees and fascinating &amp; hospitable people in rare settlements all the way up into the ice cold heights of unclimbed peaks on the Tibetan border, back home, exhausted but happy.....
Next stop a speaker tour through northern Germany!

Just returned from the mountains of NEPAL again 2018 - into the Far West, most north-western corner of Nepal, the Tibetan high Nalakankar Range, successful expedition with 5 first ascents up to 6613m...

Oh, and a side trip along the old Silk Road of UZBEKISTAN 2019, with the legendary places like Samarkand, Bukhara and Khiva....

After that Nepal again 2019 - this Time not for climbing but checking out the places I never had time for before - Crocodiles and rhinos in the southern jungle, chilling at the lake in Pokhara, Gorkha, and just enjoying Nepali life!

Sorry to have rejected requests during all those times or even not being able to reply at all - but it is also an electronic detox to be in places where no phone is available on long expeditions!

The first couch I surfed was in Iran - and as most people I thought couchsurfing is great for travelling.
At the same time, it is also great to host people, give back to travellers the same way I receive so much nice hospitality from hosts on my trips.
But Im also giving multivision presentations all over Germany about our worldwide expeditions - so Im also looking for locals who can offer me a stay on their couch in those cities and possibly give me some inside view of their hometown. Hamburg, Bremen, Kiel, Hannover, Lübeck, Oldenburg, Goslar, Minden..... still to come in 2017! So I might crush on your couch soon..... but I can offer free tickets for the show ;-)

travelling, travelling, travelling - visiting interesting places, meeting fascinating people....having a chai, tea, teh, tee, mate, cha...whatever you might call it! History, culture, art, food, philosophy of other culture and people you meet at the end of the world - especially in the Himalayas and Karakorum, Pamir and all mountain ranges, unspoiled culture, pure people &amp; hospitality!
....and climbing: http://www.wakhanexpedition2012.jimdo.com
....and filming: http://www.youtube.com/user/popcatepetl2

Climbed the unclimbed, got to know the unknown - been there where nobody has been before, saw what nobody has seen before....and will continue to do so.
http://www.wakhanexpedition2012.jimdo.com