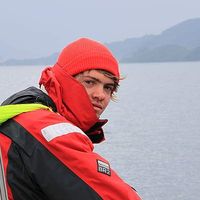 avoiding the winter by sailing in the caribbean. In between I m in New York, Miami and Mexico City...

otherwise i m living in berlin-friedrichshain in a big flat-share together with my lovely 4 flatmates and i love it to swim around in the urban swirl of Berlin. I m studdying, doing politics and some more things.

When its possible (like everybode else here I think) I am traveling and trying to absorb as much impressions as I can ;-)

and i m addicted to sea and sailing, to say it with a quote:

"Though you 'Ãâ ¢ve never been to the ocean?
Then, you'd better run. Because you're running out of time. In heaven that's all they talk about. The ocean and the sunset. How fuckin' wonderful it is, to watch that big ball of fire melt into the ocean.
They talk about how they could feel the sun loosing it`s strength and how the mild coolness was coming up from the ocean. And the only light that is left like a candle it's on the inside.
(KnockingÃâ¬Ãâ ¢ on heavens door / German movie)

i host people from time to time, i hope i will get hosted when i m travelling...

some days in toulouse, montpellier, barcelona, lisboa, split, rhodos, new york and of course in berlin

music: punkrock, ska, reggae/dancehall, political hip hop, some electro, electroswing, swing/polka/klezmer, 80s/90s/Trash - there is not so much i dont like if it has a good melody or statement (i dont like bad hip hop for instance)

i m sailing on/ i m in the crew of a big traditional ship/grand voilier, fusion-festival and some other things

i can/would love to introduce you to the alternative berlin (what is not in your lonely planet)...