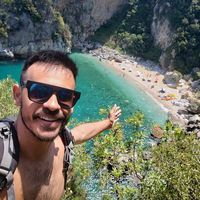 I'm a police officer open minded, very easy going. I like to play videogames(fighting games,pokemon,rpgs), I really like to talk (I talk a lot) funny( at least I make people laugh), I like acid humor too.

Iamamiwhoami, Robyn, Utada Hikaru. LOTR series. Marvel Movies.How to Get Away with murder, Orange is The new Black ,Rupauls, GoT, Hot in Cleveland, South Park, Simpsons,

I am military police, and so I have done many things. I have saved people who were drowning, already put in jail many thieves and things like that. I play videogame and sometimes I play in championships, fighting games and I won many times or got a second or third place.

I can teach portuguese, play fighting games and about our culture.
I can share almost everything you need during your time in my home.