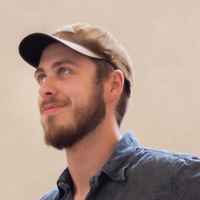 I freshly arrived to the area of Geneva to work at CERN.
I'm a computer science engineer and lover of all mountains-related stuff!

I joined CS to meet people in Kraków when I did an Erasmus there and I therefore hosted several awesome guys :)

Or basically everything thrilling and/or a bit risky :)

I really listen to a lot of things when regarding to music.
But I'd mainly say electro (idm, electroclash, techno, gabber), metal (black, death, ambient) and sometimes rap (Eminem, Sniper, …)

About movies I'm more into science-fiction and action movies. Though I sometimes like to watch nanards!
Some good films I've got on my mind right now: Cube, Moon, Interstellar and much more.

hmm… Going in the catacombs of Paris? Used to do that thrice a week!